Lübeck, Germany. PLATO celebrated its 30th company anniversary last week. Since it was founded in 1992, the software company has produced numerous solutions in the field of quality and risk management and set international standards with its FMEA software. With a multitude of challenging projects mainly for the automotive and medical technology industry, the founders look back on 3 decades of success. 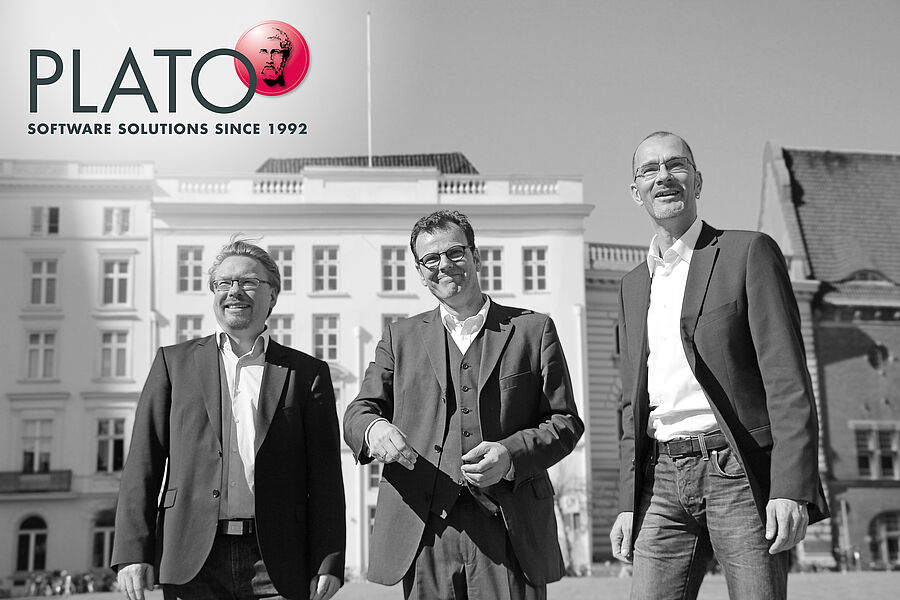 The beginning of PLATO goes back more than 30 years and started with the development of a customer-specific evaluation software in the context of preventive quality management. This was followed by the first market appearance of FMEA System (risk management) and QM-DOC (document control). In the following years, significant enhancements to the software's performance and multilingualism were made, also in cooperation with customers. Volkswagen acquired a worldwide license for FMEA System. The great demand enabled PLATO to invest in the development of further technological innovations and to build up the successful consulting and training team. Together with its customers, the consulting team with a broad network of certified consultants has developed individual applications tailored to the specific needs and requirements, both in the industry and in other market sectors. Other major customers followed, such as Opel, Merck, Delphi, JCI and GM.

Further subsidiaries were established both in Germany and internationally, which, along with a strong partner network, drove internationalization forward.

In the past years, PLATO has been working intensively on the expansion of technology, functionality and scalaility of methods and forms, and the launch of the multi-tenancy architecture of the PLATO e1ns Cloud has been realized. The normative requirements of the industry standards, such as AIAG/VDA, Risk Management 14971, etc., always remain in view.

Since the foundation of the company in 1992, the owners and managing directors Andreas Großmann and Marcus Schorn have continuously pushed the future-oriented expansion of the FMEA software and focused on the development of a scalable and highly efficient Digital Thread Technology, which forms the core of product and process development. The strong increase in data volumes and the need to generate knowledge about processes, causes of defects and process control and to make this knowledge available worldwide, together with data quality, play a significant role. As a company, it is essential to make the right decisions in order to remain competitive. The purpose of the Digital Thread is to deliver the right data at the right time to the right community.

PLATO e1ns thus forms the core of the digital transformation and offers companies an open, expandable and networked engineering framework to master the growing demands of product development.

"Our customers benefit from great connectivity of their engineering data, adaptability to their data models and processes, support for business decisions, and scalability," said Andreas Großmann, CEO of the software company. "The GDR study from this year proves that PLATO's FMEA software is not only a technological leader, but also generates clarity in system and risk analysis. This is the same feedback we receive from our customers."

In its 30-year history, PLATO has developed new business models alongside best-in-class technologies - from "one-time sales" of a license to subscription models focusing on the use of a solution, not its ownership. By expanding the established FMEA software to modern cloud technology, the company has built a strong competitive position in the market and looks forward to a successful and innovative future.