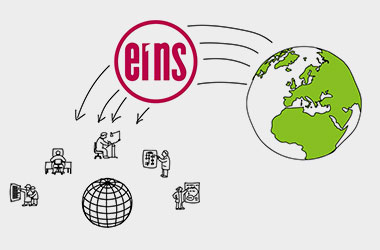 The customer base of the German company includes OEMs in the automotive industry. The PLATO e1ns solution is to become the virtual "backbone of development and know-how" for all future projects and thus, in addition to the CAD/CAE/PDM system, a supporting pillar of the company. Thomas Ripa, Managing Director of Advanced Parametrics, has decided to go for the engineering platform after a short but intensive test phase and says: "Through the product-centered working method in e1ns and its seamless integration of the modules in one interface - especially combined with indexed search and project and document management - we hope for a complete development environment. This environment should accompany our projects, be it service or own developments, from the idea, to concept and prototype phases up to series production. In addition, the PLATO software also enables us to present the individual steps in a product file, to document them comprehensibly, to make them available as a starting point for future projects and to archive them."

The Advanced Parametrics GmbH team expects to benefit from the large number of automatic linking possibilities between the modules and within the e1ns methods, such as FMEA, requirements analysis. And further, from the possibility of transferring these contents to variants and derivatives. "Since we are a manageable team, it is our aim to automate as many of the previously manually maintained links as possible and thus ensure the consistency of the methods used within our small team in the first place. In this way we relieve our developers and keep them free for the really important activities," says Thomas Ripa about the advantages he sees in using the PLATO e1ns technology.